A zany and dangerous mansion-crawl that pits players against a small army of maids, butlers, and a fat baron sitting atop a dragon's hoard with a blunderbuss.

"Baron Augustus Von Bottom was given his title and lands for slaying the mighty red dragon Incinerax and claiming his hoard for himself. He lived as a prosperous and kind noble for many years, but the seemingly never-ending pile of gold soon began to drive him mad"

"He now suffers from dragon sickness; from a combination of the sickening draw of the dragon's gold, and over a year of eating dragon meat. He's grown fat, crazy, and has gone to ridiculous and absurd lengths to protect his mountain of gold"

"He lives in a grand manor to the north with his dozens of maids and butlers. Rumour of his cruel nature and tremendous wealth have reached you. Only you can stop his madness, and claim his 300,000gp gold pile for yourselves!"

The adventure is open ended, procedurally generated, and has over 15 fully fleshed out NPC's to fight/befriend/betray/romance/save! Plus, over 18 pieces of custom art!

"Awesome stuff by awesome people for a awesome cause"
-Courtney Campbell, Hack & Slash

"Seriously, check this wacky, wicked little thing out. It's got a fun one-shot vibe, but could easily be expanded into a Death, Kawaii, DOOM with a bit of work, especially with all the wicked little curses about"
-Brian Murphy, Trollsmyth

"6 Reasons You Should Get Von Bottom's Hoard:
6. It looks like some cute business but is actually a pretty good 18-page Crazy Owner Mansion-crawl with lots of room for inserting your own flavour
5. "Stolen Voice. Target must save vs magic device
or have their voice stolen by whatever object or person casts this spell. They can no longer speak out of their own mouth, but their voice comes from the other object/person."
4. About 5 minutes away from being totally Red & Pleasant Land compatible
3. It is actually cute and has a picture of a Welsh Corgi in it
2. The proceeds go to send Annah Madriñan and Reynaldo Madriñan to GenCon.
1. This is actually a pretty good model for the DIY side of the hobby: make a quickie thing, charge a nominal fee, use the thing to reach some hobby-related goal"
-Zak S, Playing D&D With Porn Stars

This adventure is a collaboration between Reynaldo Madriñan (of BREAK!! fame), Annah Madriñan, and Kiel Chenier. It was originally released as a GenCon fundraiser.

You can see a preview of the adventure HERE!

In order to download this roleplaying game you must purchase it at or above the minimum price of $3.99 USD. You will get access to the following files: 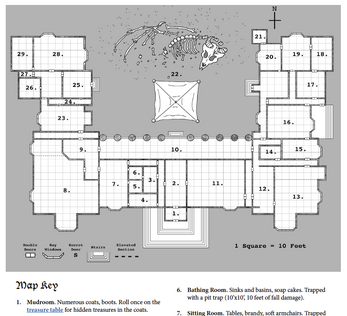 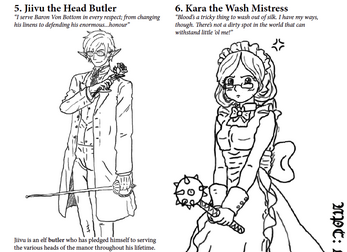 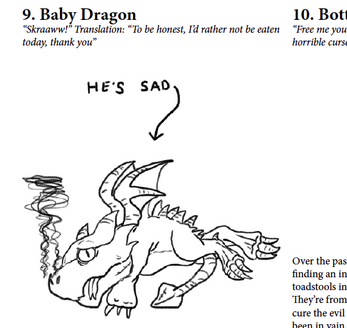 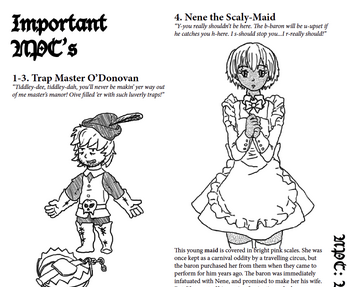